Hope everyone’s 2016 is shaping up nicely. One item to wrap-up this previous year: had a short story submission (“Girl in the Trunk”) receive an Honorable Mention for the 40th New Millennium Award
http://winners.newmillenniumwritings.org/
Also had some good news that Western Folklore will be publishing an article I wrote and the Arroyo Literary Review will include one of my short stories in their next issue for 2016.

1.  This interview relates partly to the publication a couple months ago, “What the Storm Brought.”
http://midwestgothic.com/2015/08/contributor-spotlight-jason-marc-harris-2/

2.  Another story that Midwestern Gothic published of mine, “Fridge Monitor” was recently a Finalist (top 15) for the Mark Twain Royal Nonesuch humor contest. Wish there were more such contests–that episode btw of HuckleBerry Finn with the Duke & the Dauphin was indeed quite a riot.

This story is partly based on the historical tornado that hit a relative and her family in Belleville, OH on May 10th, 1973.  There’s all sorts of great poetry and fiction in this summer issue of Midwestern Gothic Issue 18 (Summer 2015).
http://midwestgothic.com/2011/01/issue-18-summer-2015/

Check out the recent Vietnam issue of Masque & Spectacle. My story “Ridden” appears there, and the entire issue has a compelling assortment of poetry, prose, video, artwork, and musical performance.
http://masqueandspectacle.com/2015/05/30/ridden-jason-harris/

To resonate with Halloween and other traditional festivals of the dark time of year, as well as the gloom of this season–single digits and Fall snow have already started to mount up in the upper Midwest, heck, the temperatures dropped below freezing at night even down here in Bryan, TX–people have often told “winter tales.” Here’s  one such winter tale that also engages not only the Upper Peninsula of MI but dallies with the Slender Man meme, which you can easily find information about if you haven’t yet encountered the Slender Sickness.
Print version here of Riding Light Review’s  Halloween Issue:
http://www.amazon.com/Riding-Light-Review-October-Special/dp/1503004716/ref=sr_1_2?ie=UTF8&qid=1415208368&sr=8-2&keywords=the+riding+light+review
Website for The Riding Light Review’s Special Halloween Issue:
http://www.ridinglightreview.com/special-issues.html

One of the great experiences of my time at Bowling Green State University’s MFA program was the opportunity to get involved with editing Mid-American Review.  My first year I was Assistant Fiction Editor, and my second year I moved on to Fiction Editor, during which time I was fortunate to have two very helpful Assistant Fiction Editors: Laura Maylene Walter (current Fiction Editor) and Sasha Khalifeh. The entire staff–from Editor-in-Chief Abby Cloud to the hardworking interns–was fantastic to work with, and the process of reading through and discussing the multifarious submissions was always interesting.

Discovering new writers was the highpoint of the time at MAR. One of several writers that stood out is Rose Whitmore.  She was in MAR XXXIV.1 for “Avenue of the Giants”–a coming-of-age adventure of a teenage girl living at a struggling Bigfoot theme park set in the redwoods.  Rose’s humor and compassion for her characters made this story rich with both depth and detail. Complex family issues and sharp prose. Rose is a writer to keep an eye on!

Check out Rose Whitmore’s bio so far: Rose Whitmore’s essays and stories have appeared in The Missouri Review, The Sun, Mid-American Review and Fourth Genre. She is the recipient of the 2013 Peden Prize from The Missouri Review, and a work-study scholarship from the Bread Loaf writer’s conference. She lives in San Diego where she is at work on a collection of personal essays and a collection of short stories.

For some reflections on the submission process from the editorial side, check out Laura Maylene Walter’s blog post here: http://lauramaylenewalter.com/?p=10777
And to keep up with MAR in general, check out Suzanne Hodsden’s updates for MAR’s blog:
http://casit.bgsu.edu/marblog/

So, Wisconsin writer Lee Kreckow (www.leelkrecklow.com) tagged me for this “blog tour” activity where writers need to share their answers to the following questions. Read along and find out what lucky three writers get to keep the ball rolling!

For that initial drafting, I try not to self-censor and just find a place of energetic mischief and let the chaotic torrent pour out and then take out the scalpel, machete, scimitar, what-you-will, to hack off digressions and such (that’s what blogs are for, right?).

And then it’s time for revision. Aside from the cutting, I’ll reflect on a range of readers and what they might need for clarity—sometimes imagining what questions might get raised by writers who’ve advised me in workshops and past peer review. And there’s the waiting game: stewing in the tar pits of the mind, the drawer, the bugged computer file. Fresh eyes on old stories find new work to be done. We dwell with Sisyphus. Time to turn off the phone ringers, logoff the internet, and write before the pendulum strikes and the pen must be set down forever.

On a few occasions, I’ve been lucky enough to collaborate, such as with some folklore projects and scripts (see works with Birke Duncan below on this webpage). I’ve done some screenplay projects too, but Spielberg has yet to call.

Next up, in about a week, check out responses on their blogs or Facebook pages to the same 4 questions from these 3 writers (by the way, all of  them did their MFAs at Bowling Green State University):

Justin Carter is co-editor of Banango Street & a PhD student at the University of North Texas. His poems appear/will appear in The Collagist, Hobart, The Journal, Ninth Letter, & Sonora Review. He can be found online at justinrcarter.tumblr.com

Michael Czyzniejewski is the author of three collections of stories, Elephants in Our Bedroom (Dzanc Books, 2009), Chicago Stories: 40 Dramatic Fictions (Curbside Splendor, 2012) and the forthcoming I Will Love You for the Rest of My Life: Breakup Stories (Curbside Splendor, 2015), as well as the recipient of a National Endowment for the Arts fellowship in 2010. He is an assistant professor at Missouri State University and Editor of Moon City Review. For twenty-five years, he has also worked as a vendor at Wrigley Field.                    https://www.facebook.com/profile.php?id=20920945&fref=ts

Suzanne Hodsden is an Ohio native but spent most of her twenties living in Eastern Europe. She has her MFA from BGSU and is current tech editor of Mid-American Review. Her work appears in Crab Orchard Review. Sometimes she blogs at zannahsue.wordpress.com

Heading down to Bryan, TX to work at TAMU in College Station.  Meanwhile, Toledo, Ohio is dealing with Aquapocalypse.  Luckily, Bowling Green was not affected and no one is known to actually have become sick from the algae plague of Lake Erie–partly a problem from fertilizer run-off that contains phosphorous.
Anyhow, here’ s a story, “To Crawl Through Stars,” recently published that developed from a draft I wrote as a First-Year MFA student at BGSU in 2012–Cheap Pop publishes new work every Tuesday and Thursday.

This is the webpage of Jason Marc Harris: howdy!  I have recently resigned my  position as Associate Professor at the Florida Institute of Technology and am now a graduate student at Bowling Green State University in the MFA program for Creative   Writing–fiction in particular. I am active in a variety  of writing projects, from critical  books to novels, short stories, screenplays (including time-travel, the end of the Mayan calendar in 2012 (well, change the date, and as good as new), folklore of the British Isles, remote-viewing etc.), video game design, and comic books. See loglines below. I’m always interested in new creative projects–including collaborations–so get in touch!

Please browse the wares and consider buying something, using the links to ashgate.com, amazon.com or barnesandnoble.com. Don’t forget to say hello when  you stop by!
jason@jasonmarcharris.com

News as of 4-16-13: Interview posted at Midwestern Gothic: Click here for interview. My story “Fridge Monitor” is part of Issue 9 (Spring issue 2013). 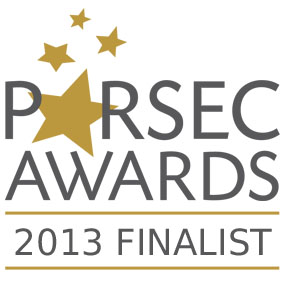 Birke Duncan’s Short Story “A Janitor’s Territory” is available as a radio play! It is also a Finalist for the Parsec Award! Available for listening right here. Click below!